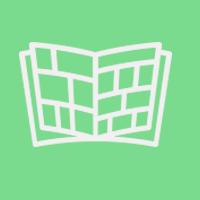 Comments from the CEO

Events in Eurocine Vaccines during the financial year of 2012-2013 have included both disappointment and encouraging progress.

A year ago, I was convinced that the Company would sign a first license agreement before publishing the year-end report 2012-2013. That did not happen. The thorough evaluation of our nasal influenza vaccine Immunose™ FLU, done by a Japanese company, did not continue into a license agreement in spite of a big successful mouse study and the results in ferrets, where Immunose™ FLU showed complete protection. This was a big disappointment for me and I fully understand that this was a burden also for many other shareholders. In that situation, it was crucial to quickly clarify the positioning of Immunose™ FLU in order to attract the interest of additional vaccine companies. This has been successful implemented.

WHO has identified children as one of the groups that benefits the most from being protected against influenza. In this strongly growing market segment, we saw a great potential for Immunose™ FLU to contribute. The good results we had generated in ferrets are particularly important for the new positioning of Immunose™ FLU.


Immunose™ FLU is repositioned for children, the segment of the influenza vaccines market that is projected to have the highest growth rate

We are now able to present Immunose™ FLU as a competitive vaccine candidate for children, the segment of the influenza vaccines market that is projected to have the highest growth rate. Since better vaccines are needed in the segment, higher prices may be demanded, which FluMist (Fluenz in Europe) has shown. Immunose™ FLU can be manufactured by existing capacity for vaccine antigens and can thereby be produced at an attractive cost. Altogether, this can give a better profitability than the present injected vaccines.

New patent applications can give protection to 2032

In December 2012 we submitted patent applications that can protect important parts of the new positioning. In other words, we are now marketing a product candidate with premium price and a potential for patent protection until 2032.

Premium price and rational production can give good profitability

Thanks to the great interest for the repositioning of Immunose™ FLU for children we now focus entirely on licensing activities and do not start any big studies. With this strategy, our existing cash covers the costs, even without licensing income, during the entire present financial year.

(-0.30) per share. Cash and cash equivalents at year end amounted to SEK 13.6 million (8.2 million). All numbers are stated on group level if not otherwise mentioned and numbers in brackets refer to previous year, corresponding reporting period.

Significant events during the financial year

Eurocine Vaccines´ Japanese partner announced in October 2012 that it would not proceed with a licensing agreement for Immunose™ FLU, despite good immunological results in the evaluation studies conducted.

Immunose ™ FLU is repositioned for children

Eurocine Vaccines has repositioned the nasal influenza vaccine Immunose™ FLU for children, the segment of the influenza vaccines market that is projected to have the highest growth rate. The strategy is based on the company’s scientific results suggesting that Immunose™ FLU can take a strong position in the children’s segment. The company has protected key elements of the new positioning by two new patent applications submitted in December 2012.

Eurocine Vaccines is a publicly listed, clinical‐stage company developing nasal vaccines that meet important medical needs. The vaccines are developed up to proof of concept (clinical phase I/II) and licensed to partners for further development and commercialization. The company’s proprietary vaccine adjuvant technology, which is a key element of the nasal vaccines, is also offered to license partners for development in various indications.

Present focus is on partnering the nasal influenza vaccine program, Immunose™ FLU, which has shown proof of concept in a clinical study, and on preclinical development of a nasal vaccine against bacterial pneumonia.

More information about us, our research and our products is available at www.eurocine­vaccines.com

Share our ambition developing more effective vaccines. Fill in your e-mail address and we will update you with the latest Press Releases and Stories.